That's what the TV channel is called. It's not Russia Today. And whatever Andrew Neil of the BBC may think, it's not the Russian government.

You know the channel I mean: it's the one that's currently broadcasting every Thursday a half hour politics programme fronted by Alex Salmond.

This, I have to say, is 20 minutes a week more than someone like Alex Salmond - or Carles Puigdemont for that matter - is allowed on terrestrial TV channels.

Well, have you seen any interviews with (legally-elected) Puigdemont since he was forced into exile with some of his (legally-elected) ministers, threatened with 30 years in jail for sedition, treason, etc, leaving politicians and police chiefs behind in Catalonia actually in jail as I write? No. The Spanish government, the EU - and the UK media - have made sure of that. Salmond called Puigdemont 'Mr President' in the interview on the first show. And he is, although the Spanish, EU and UK media won't give him that title.

Have you ever heard of Helena Kennedy getting airtime to talk about how to balance the representation of men and women in politics? She even got a plug in for the Women's Equality Party. First time I've heard it mentioned on TV.

Or Tory MP Crispin Blunt getting time to talk about how LGBT people are represented (including in Russia)?

And all of these people allowed to express their views without being shouted down, interrupted or talked over. It was a breath of fresh air. Do I need to mention the gender balance? Alex Salmond interviewing Helena Kennedy. Tasmina Ahmed-Sheikh delivering the piece about LGBT issues. 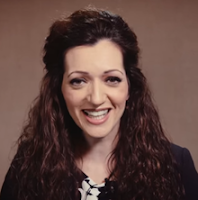 So why all the excitement? Honestly, I think it's because in the UK at least we allow ourselves to be led by the nose by the media. Privately owned, responsible to no one, in cahoots with government. It's as if we've all agreed as citizens and voters we're so stupid we can't decide for ourselves what kind of government we want. So when a politician like Salmond steps out of line, it's seen as a real challenge to the state.

And d'you know what? I'm not even SNP and I like this!